GIDEON Pringle, who recently announced he was to leave his post as operations director of farming at Mowi, is to take up a senior role at Scottish Sea Farms.

He will start in April next year as director of farming, a new position created following a restructuring at the company. Until then, he will work his notice at Mowi.

The appointments follow the announcement in September that long-standing production manager John Rea is to leave the business to pursue other interests.

Scottish Sea Farms’ managing director Jim Gallagher said: ‘Our business has evolved hugely during John’s 20-year tenure: from the number of locations and regions we farm in, to the innovative new approaches we’re adopting and the range of skill sets we employ.

‘On learning that John was to leave us, it seemed like the natural time to review how we do things currently and what else we could be doing to better equip us for the future.

‘As part of this review, we decided to divide what was formerly the remit of production director into two distinct roles: regional manager for Scottish mainland with responsibility for all our marine farms in the area; and director of farming with responsibility for overseeing both freshwater and marine production in all three of our farming regions.

‘This will ensure that each region now has its own manager concentrating on the challenges and opportunities of the specific marine environment, supported at a strategic level by a dedicated resource focused on improving biological performance and growing our business in the most responsible and sustainable way.’ 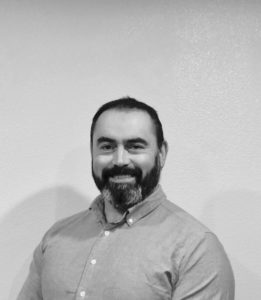 Pringle, who was farming director at trout farmer Dawnfresh for five years before returning to Mowi (then Marine Harvest) in 2016, brings a PhD in salmon genetics and more than 20 years’ practical experience in freshwater and marine farming.

Weir, also well known in the industry, is a former farm manager with Scottish Sea Farms who went on to several international roles before heading up the UK division of Steinsvik (now part of Scale AQ).

Gallagher said: ‘We are all really excited to see what can be achieved when Innes’ and Gideon’s wealth of experience is paired with the skill, knowledge and forward thinking that already exists within Scottish Sea Farms, helping us build on the gains being made and taking us ever closer to our goal of setting a new benchmark for sustainability within Scottish salmon farming.’