THE algae bloom outbreak which cost several Norwegian salmon farming companies dearly this year was partly caused by hydro-electric power plants in the area, a leading marine scientist has claimed.

Millions of fish worth at least 2.5 billion kroner were lost during May and June in what was described as the worst algae attack for 28 years.

It has already impacted on the second quarter performance of two major companies, Norway Royal Salmon and Lerøy Seafood.

But now, Stig Skreslet, marine biologist and professor emeritus at the Faculty of Life Sciences and Aquaculture at the country’s Northern University, has said the outbreak would probably not have happened without expansion in the number hydro power plants.

These are the main provider of electricity throughout Norway, despite its vast oil and gas reserves.

Professor Skreslet told Fiskeribladet, one of Norway’s leading seafood publications, that these power plants must also take at some of the blame for the previous large outbreak, which took place in 1991. 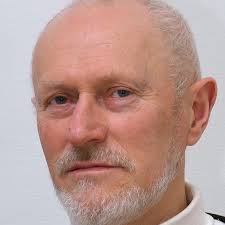 He explained that hydro power development had led to changes in the annual cycle of supplying freshwater to the fjords, which had altered the balance between ‘good algae’ and the ‘bad algae’ known as Chrysochromulina leadbeaterii.

He said that before the number of hydro power units began to expand, the supply of winter freshwater to the fjords was low, but this had greatly increased in recent years because the demand for electricity obviously peaks during the winter months.

This means that less freshwater reaches the sea during the spring months and this, in turn, leads to stronger growth of poisonous algae of the type which struck Troms and Nordland this spring.

When Fiskeribladet pointed out that some of the affected fish farms were a long way from power plants, Professor Skreslet replied: ‘Yes, that’s right, but the ocean current brings the algae from one area to another, and there is a fight between the diatoms and the poisonous layers in the sea.

‘Before the power development, the diatom (good) algae managed to keep the poison algae at bay.

‘It’s a battle for light and nutrients between the two algae species,’ he argues.